Radio Shack has taken a back seat in the marketing game for the past few years.  But with the announcement of Lance Armstrong’s new cycling team, Team RadioShack, and their new rebranding plan, Radio Shack is making a comeback.

In 12 new TV ads that started running nationally yesterday, Radio Shack, is now going to be known as “The Shack,” at least informally in its marketing materials.  The new campaign includes in-store signage, digital media, out-of-home, direct and a three day bi-coastal event which will broadcast live video connecting New York and San Francisco.  “The Shack Summer Netogether” will use two 11 x 17-foot “laptops” broadcasting live video to connect activities in both cities.  There are also plans for a new website and a new Facebook page.

The goal of this campaign is to give it a more modern image that speaks to its premium brand offerings in wireless and connectivity.  The brand is 80 years old and its definitely time to spice things up.

Rebranding is always risky business.  We’ve seen several companies do it lately, i.e. Pizza Hut it with “The Hut,” Circuit City did it at one time with “The City.”  But RadioShack is not just changing its name and resting on its laurels, they are covering most of their bases with this campaign, as they are using both traditional and experimental media.  It will be hard to ignore their new “The Shack” messaging, which in for a marketer is one of your top goals.

For an interesting opinion from PC World, go to: http://www.pcworld.com/article/169613/radioshacks_the_shack_shift_3_things_to_consider.html

Purity.Organic is proving that you don’t need a large marketing budget to effectively market your brand.  The organic juice maker went guerilla with their $10,000 marketing budget and decided that in order to garner maximum attention they were going to New York City.

Purity.Organic’s agency placed giant cardboard straws in garbage bins around NYC, which touted the health benefits of its drinks.  The 200 giant cardboard bendable straws were planted in 25 high traffic locations.

The campaign was a success for the company.  The Purity.Organic website traffic grew significantly and consumers have been circulating pictures of themselves online with the giant straws.  Some people even stole the straws, instead of getting upset the company saw those straws as running billboards.

One additional component to the Purity.Organic campaign was an online video called “Those Motherf@#!ers.”  The video features a businessman shouting bleeped out profanities during a phone call, but once he takes a break to sip his Purity.Organic juice he instantly calms down and stops the cussing.

This is another example of great marketing innovation.  $10,000 isn’t a lot of money to get your product noticed, but if you are smart and you maximize your money without spending it all on one newspaper ad, you can not only have fun, but create a lot of buzz for your brand.

For more information about this launch, go to: http://www.brandweek.com/bw/content_display/news-and-features/direct/e3ia2224c3f78e5a3ceba0e529d3c631fb4

In a new Pew Research Center Social & Demographic Trends survey, 60% of respondents aged 65-plus said they feel younger than their actual age – in many cases much younger.

So, how should marketers address people who are old, by conventional measures, but whose self-perception and physical condition doesn’t match up? One school of thought promotes using images that reflect the target market’s age less 10 to 12 years.  Another is to practice ‘ageless’ marketing, while being sure the ad reflects your understanding of the values and stage of life of the targeted populations and how the product and service meets their needs.  Another important role to the 65 plus consumer is the role of them being a grandparent.  Per the report, 65-plusers value becoming a grandparent more than anything.  They also look forward to having more time with family and then spending time with grandchildren as they age.  So these are key points that marketers can also tap into to evoke an emotional response.

For a more in depth look at how to market to this demographic, go to: http://www.adweek.com/aw/content_display/news/client/e3i4d0a69ad29e1cca5bb846e33310e9dcb 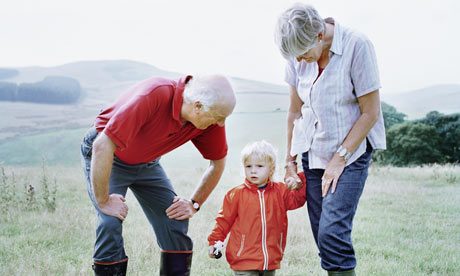 According to an eMarketer report, more and more US Latinos are going online.  In 2009, eMarketer reports that there are nearly 23 million Hispanics online, which is about 51% of the US Hispanic population.  Currently, Hispanics make up about 12.3% of the US Internet population and will increase to 13.9% by 2013.

The report also notes that this demographic is young, vibrant and growing, not only in numbers but in broadband connections and time spent online.  Sixty-three percent of Hispanic online users are under 35 years old.

This eMarketer report is important for marketers because the Hispanic demographic is one that has been left out of online marketing campaigns.  This young, hip demographic does respond to bilingual ads because it is prominently a culture that switches between languages.  Unfortunately, experts have not found the single best way to reach this demographic, but that can be marketers inspiration.  Each company or brand can experiment with ways to best reach this audience online.

For more information on this 22-page report, go to: http://www.emarketer.com/Reports/All/Emarketer_2000590.aspx

Times are changing, especially when it comes to what used to be the conventional women vs men household roles.  While women used to be the housemakers and the ones to do all of the household shopping, studies now show that almost one-third of men are now the principal shoppers in the household.  This new Mr. Mom role is key for marketers, who have been skewing their supermarket advertising towards women, because now they have a whole new demographic that they can market to.

One of the biggest distinctions between men and women supermarket shoppers came from a 2006 article, “Secrets of the Male Shoppers,” which claims that “men buy, while women shop.”  This highlights that the sexes have different priorities when going down the aisles and is key for marketers to be aware of.

Nielsen data shows that while females used to dominate shopping trips in all channels except for convenience/gas stores, their numbers have consistently dropped from 2004 to 2008/2009, while the men’s numbers have steadily increased.  Research has shown that men have increased their grocery spending by 56% over a five year span.

To get more information about how men and women’s shopping roles are changing, go to: http://www.brandweek.com/bw/content_display/news-and-features/direct/e3i1a1890f91e4cda9ae317111c0e19f1fa

Taco Bell has decided to think outside of the TV box for their new marketing campaign which focuses on their new 79, 89, and 99 cent menu items.  The ad, which is called “Roosevelts,” as it is referring to the president featured on the dime, debuted Monday in National CineMedia’s FirstLook pre-feature program across 171 markets.

The spot will run in theatres before the new Transformer movie (which has already grossed more than $60 million), as well as other “Summer Blockbusters.”  These movies are the perfect place to debut these spots because Taco Bell’s target demographic is younger adults, the same people who are going to these films.  Taco Bell also considered research presented by National CineMedia which claims that 74% of moviegoers eat out either immediately before or after a movie and 88% of NCM’s audience is within a 3-mile radius of a Taco Bell.  Sounds like a no-brainer for Taco Bell.

Personally, I believe that more and more companies are going to be looking into doing movie theatre marketing because you have a captive audience.

In a new report by the Nielsen Co., “How Teens Use Media,” several media myths were refuted.  In a world where Twitter and Facebook take up a lot of people’s time, it was assumed that teens were so tuned into those avenues that they weren’t engaged in traditional media.  This is false, teens acutally make time for both types of media.

Other debunked myths include:

The study also found that television is the leading type of media use among teens, with the average teenager watching 3 hours and 20 minutes per day.  This usage is actually up 6% over the past 5 years, which counters the claim that YouTube is the leading medium among teens.

This “How Teens Use Media” report was presented at the “What Teens Want” conference on Thursday.  To read more findings from the report and to learn about the conference, go to: http://www.adweek.com/aw/content_display/news/media/e3i4993a5c32cf65e03561339183368ec75

PepsiCo is going social with its SoBe Lifewater brand.  After relying heavily on traditional media, PepsiCo is trying a new approach with SoBe.  SoBe’s ads will appear on Twitter via @sobeworld and Lee the Lizard also has his own Twitter aggregator Tweelife.com.  Facebook is also getting a little bit of love, as friends can gift a virtual Lifewater.  This gift links to a digital coupon as well as opening Google Maps which shows where sampling efforts are being held.  For more about this social effort, go to: http://www.brandweek.com/bw/content_display/news-and-features/direct/e3i71cdc4be5311379deeb465e683a304b1

Liz Claiborne is also looking to social media in order to relaunch the brand.  The company took approximately 300 female consumers to create an online focus group.  Liz Claiborne partnered with Communispace to build this private online 300 person community, which allowed the company to get an open and honest conversation going.  The women were not paid for their opinions but were incentivized for their participation.   Liz Claiborne’s evp, Dave McTague, talks to Brandweek in this article.  To read his interview go to: http://www.brandweek.com/bw/content_display/news-and-features/retail-restaurants/e3i149b78bd47280165f54286d298e4038d

It seems like there is a trend starting in the QSR business, rebranding.  First, we had KFC which is still trying to make its shift to KGC or Kentucky Grilled Chicken and now we have Pizza Hut who is heading an effort to rebrand itself to “The Hut.”

One of the main components of The Hut’s rebranding tactics includes in-store digital video (Hut TV) that is designed to engage customers.  So far it is only in 20 stores, sixteen stores in Jacksonville and four stores in Dallas, but the company is planning it’s bigger roll out for 2010.  The content includes three section features: entertainment (trivia or games), short customized segments from CBS-produced programs and a news ticker at the the bottom of the screen.  The right hand of the screen will be dedicated to Pizza Hut’s menu which will list ingredients and/or any promotions that are going on.

Pizza Hut believes this rebranding will help its somewhat stagnant sales by positioning themselves as a solution for home meals.  They have new menu items and they hope that their new in-store experience with Hut TV will engage the consumer enough that they want to come into the store because their perceived wait time will be less and they will be entertained while their fresh meal is being prepared.

Denny’s, Wendy’s, Arby’s, Hardees and even McDonald’s are all planning to experiment with video networks.  The difference is that the companies just mentioned will by handled by IndoorDIRECT, while Hut TV is owned by Pizza Hut and will have full control over its content.

Unity Marketing just released their annual report on the state of the luxury market.  The report provides detailed data about purchase behavior and spending patterns of affluent Americans.

For more information about the report, go to: http://www.unitymarketingonline.com/cms_luxury/luxury/Luxury_Report_2009.php

To request information about trends in spending by key demographics, go to: http://www.unitymarketingonline.com/cms_luxury/luxury/Luxury_Report_2009/ Luxury_Consumer_Spending_by_Segments.php